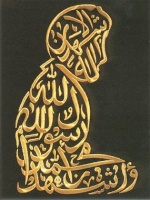 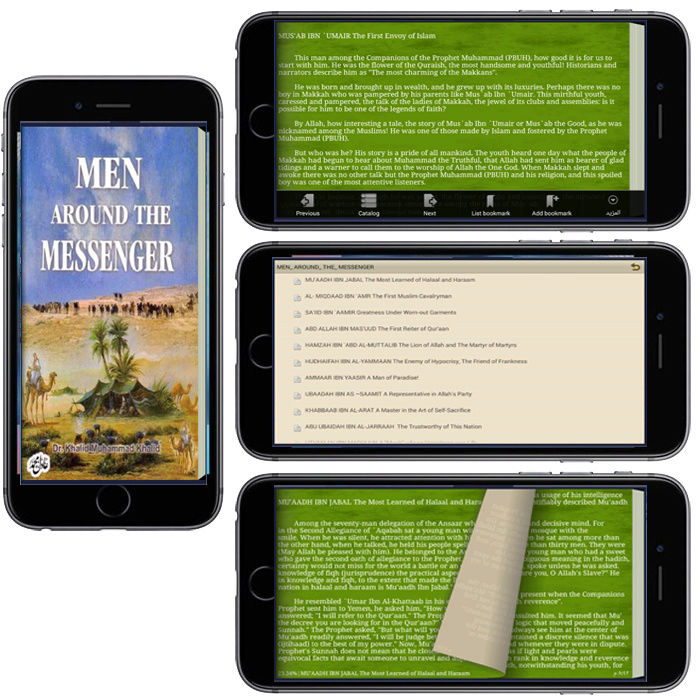 Surely history has not witnessed men who set their intentions and will to achieve a totally lofty and just goal and then devoted their entire lives to it in such an extremely fearless manner, with personal sacrifice and exertion, as it has witnessed in these men around the Messenger (PBUH). They came to life at their appointed time and their promised day. When life was craving for someone to rejuvenate its spiritual values, those Companions came with their noble Messenger (PBUH) as heralds and sincere believers. When life was craving for someone to remove the shackles of troubled humanity and to liberate its existence and destiny, they came and stood by their great Messenger as revolutionaries and liberators. When life was craving for someone to present human civilization with new and sound inclination, they came as pioneers and luminaries.
In the search box in the Amazon Store write down : MEN AROUND THE MESSENGER. to begin installing the app on your phone. Or type Adel Mohamed to show you all the apps we add to the store so you can choose what you want.
If the store is not on your phone, you can add it to your phone. It is called Amazon appstore. It can be downloaded on the phone from one of the following links

» the meanings of the Holy Quran For phones and iPads
» MEN AROUND THE MESSENGER a wonderful E-book
» The Bibles Testimony that Jesus is The Slave Servant and Messenger of Allah a wonderful E-book
الوقت/التاريخ الآن هو ديسمبر 3rd 2022, 12:00 am